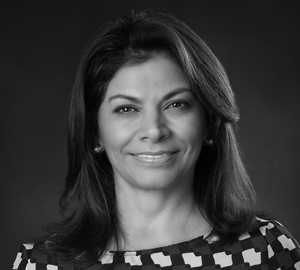 She is member of various prestigious global and regional initiatives, such as the Club de Madrid -being also its Vice-President-, the Inter American Dialogue, the Euro America Foundation, and the Concordia Summit.

Mrs. Chinchilla has also worked as a consultant in Latin America and Africa with various international organizations such as the United States Agency for International Development (USAID), the United Nations Development Program (UNDP), and the Inter American Development Bank (IDB), on issues related to institutional reform, the rule of law, law enforcement and public security.

Most recently, she has headed the Observation Electoral Missions of the Organization of American States for national elections in México (2015), United States (2016), and Paraguay (2018), has worked as special rapporteur on freedom of press for the Organización de Telecomunicaciones de Iberoamérica (OTI), and teaches at Georgetown University (USA), the Instituto Tecnológico de Monterrey (México), and the Sao Paulo University (Brasil).

Chinchilla Miranda is a political scientist with a Master in Public Polcy from the Georgetown University.