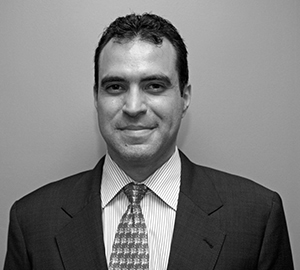 Kevin is Senior Fellow in the Peter D. Bell Rule of Law Program at the Inter-American Dialogue (https://www.thedialogue.org), in Washington D.C., Professor at LEAD University (https://ulead.ac.cr/), in Costa Rica, and Senior Expert on Political Finance for International IDEA (www.idea.int).

Previously, he was Secretary for Political Affairs at the Organization of American States; Senior Fellow in Foreign Policy at the Brookings Institution; and Costa Rica’s Second Vice-President and Minister of National Planning.

He holds a Law degree from the University of Costa Rica, a Masters in Latin American Government and Politics from Essex University, and a PhD in Political Science from Oxford University. His doctoral thesis, entitled “Paying for Democracy in Latin America: Political Finance and State Subsidies for Parties in Costa Rica and Uruguay”, won the 2004 Jean Blondel PhD Prize of the European Consortium for Political Research (ECPR) and was published in 2005 by the ECPR.

He was selected as Young Global Leader by the World Economic Forum in 2007. He has been a member of the Breton Woods Committee since 2013.