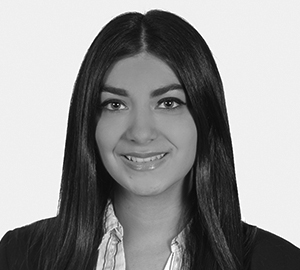 Gina currently works as a consultant at the Central American Bank for Economic Integration (BCIE for its acronym in Spanish). She is also the Board Director of the Foundation for Education in Honduras (FEIH), which implements gender-related projects in rural areas.

She has also worked for Transparency International and as a political and economic analyst at the National Association of Industries of Honduras. Gina is a member of Global Shapers, an initiative of the World Economic Forum, and has been a Youth Delegate at the United Nations. Gina holds an MA in Latin American and Caribbean Studies from New York University and a BA in International Relations and Political Science from the Universidad Tecnológica Centroamericana.

She has published columns in the Huffington Post and other media platforms, as well as in academic journals.