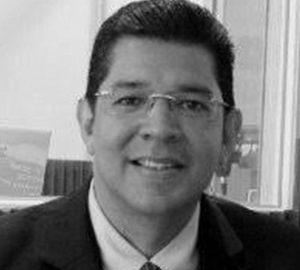 Luis Mario is the current Director of the Political Studies Department of the Salvadoran Foundation for Economic and Social Development (FUSADES), the most important think tank in Central America, according to the Global Go To Think Tank Index Report of the University of Pennsylvania. Since 2015, he directs the Central American School of Government and Democracy (ECADE). He is also Secretary General of the “Doctor José Matías Delgado” University in El Salvador.

Between 1998 and 2004, he was the Executive Director of the National Association of Private Enterprises (ANEP); from June 2004 to January 2008, he served as Secretary for Legislative and Legal Affairs of the Presidency of the Republic. He was part of the advisory board of the Political Analysis and Prospective Scenarios Project (PAPEP) of the United Nations Development Programme (UNDP) for El Salvador in the 2009-2014 period. He has been a consultant for the Carter Center and the Electoral Advisory and Promotion Center (CAPEL), a specialized body of the Inter-American Institute of Human Rights. He is a professor of political science in several salvadorean universities and a columnist for the local newspaper “El Diario de Hoy”.

He is co-author of the third edition of the Electoral Dictionary of CAPEL and the second edition of the Comparative Electoral Law Treaty of Latin America. He has written more than twenty specialized papers on electoral issues and collaborated with the Harvard Review for Latin America in the special edition for El Salvador in 2016.